I created this painting for my show at Hughes Gallery, opening January 18th. For more info inquire: Barbara, hughesgallery@earthlink.net. 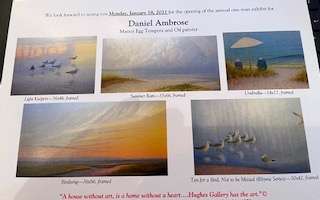 Many red-wing blackbirds populated the early stages of this large oil painting, Birdsong.

I made them dominate the blazing sky, singing towards the light. For weeks, I lovingly painted life into their gleaming black feathered bodies.

Painting my memories of red-wing blackbirds, filling the air with vibrant sound.

Painting and thinking about how I hardly see them anymore.

And I am not the only one. According to this article on All About Birds, birds are vanishing from the sky.

The longer I painted, the more I thought about those boisterous birds and their songs.

Birds are falling from the sky.

Picking up my palette knife, I started scraping out the smaller birds in the distance. Then painted over them with the sky color.  Made them disappear into paint, into time.

One by one, I painted them out until only the largest one remained in the foreground.

I hung the painting on the wall and thought some more. For a couple of months.

Thinking of the hours I put into that one bird. Thinking about the Light.

Sensing the painting would be stronger as the essence of birds.

So I painted over the last bird, and it too became a memory.

Only the light remains. The light of hope.

And the memory of birdsong.

This pandemic has been particularly hard on families with children, living on the margins of society. Family Renew Community is a local organization that has provided shelter and support to hundreds of families with children. They give families a hand up – not a hand out, to help folks work toward financial stability and permanent housing.

Last month, my friend and local artist Karlene McConnell, rounded up a bunch of artist’s here in my local community to donate artworks for the second annual fundraising event, Artists with Hearts of Gold. The event was a huge success.

For my part, we created a special limited edition giclee from my original painting, Morning Whispers, to donate. It sold the day of the opening as did many other artworks. All for a grand cause.

← Softly, You Whisper The Memory of Birdsong → 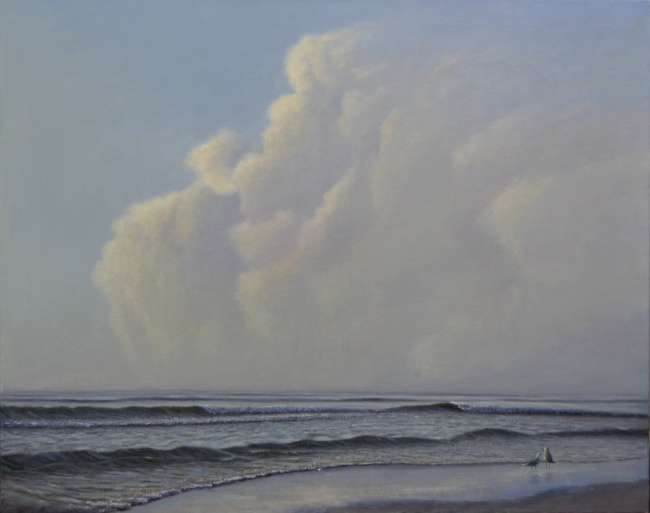 The Two of Us

I was sitting on the steps in the April sun, following the breeze through a field of yellow, pink and white wildflowers. Or was I dreaming of a faraway sea? Wherever I am, softly, you whisper.

Inspiration is divine. A gift to cherish and not squander. It materializes like a cloud passing vaporous on an ocean horizon. Soon to disappear if not seized. A lifetime of painting proved this true.

This life of art has been a long journey of learning. More, it has been a pathway of the heart.

The seed of my art sowed in the swamps and sea of my native Florida. It sprouted when I was 17, on the edge of homelessness, traveling around the country in a 1969 Chevy van. It germinated in the February snows of Wyoming hills, misty California valley mornings, and flaming Nevada desert sunsets. Restless nights, tossing under endless stars. And later it deepened in days of terror and detox. In midlife it flourished in smoky Appalachian mountains, southern blue skies, and my children’s laughter. Building a home, a business, a family, accumulation and many deaths and divorce. Then the passing of all these things until Maine summers and a wealth of dear friends rejuvenated my soul. People ask, how do you make art? A life makes art.

Long ago, tangible things like materials, technique and subject informed my paintings. Now I explore ephemeral frontiers of concepts. How do you paint Gratitude, Respect and Reverence? How do you transform paint into Love?

The sun has carved scars on my body, and the wind has lined my eyes, but age has not dimmed desire.

Reach deep, my creative friend. Put away your screens and worldly things. The fire is growing hotter, and the ice is melting. Birds are falling from the sky.

Humanity is on the line, yet goodness will prevail. Inspiration awaits in flowers and sunlight, on the shores of beauty and silence.

I have not been the best, but I pray I will be better. I stand on the shore with the One, listening…