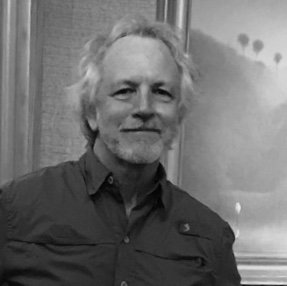 Daniel Ambrose was born and raised in a small seaside town on the eastern shore of Florida. He spent his formative years roaming windswept beaches and winding estuaries with a sketchbook and paintbox.

A master of the rare,15th century Renaissance technique of egg tempera painting, Ambrose’s spiritually based work has an understated, ethereal beauty, seldom found in contemporary art.

His paintings are renowned for their extraordinary luminosity and emanate a serene presence. Important public and private collections, including corporate and prominent public figures own his artworks. Many successful solo gallery shows and fine art museum exhibitions shaped his career. Because of the long, contemplative hours each work requires, Daniel assigns his artworks to a select few galleries and exhibitions each year.

Ambrose is a Signature Member of the American Society of Marine Artists, and co-founder of the American Tonalist Society. Which held its Inaugural Exhibition, Shades of Gray, at the historic Salmagundi Club in New York City in May 2019. Reviewers hailed the exhibition as a ‘historic moment in American art.’

Daniel paints in his studio accompanied by his cat, Remey, and summers in Maine with a group of artist friends.

Want Beautiful Artwork in your Inbox? 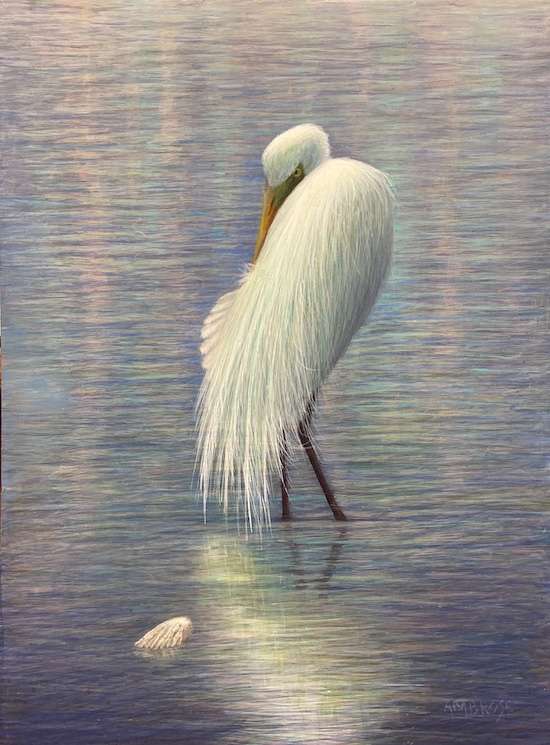 Egg tempera painting is an ancient medium; humans have used egg as a pigment binder for thousands of years. Archaeologist’s discovered the Egyptians used it two thousand years ago in painting the faces of their Terracotta Army. Works by the 12th century Byzantine painters survive today, and egg tempera was the primary painting medium of the Old Masters until oil painting matured in the 15th century. It is more labor-intensive than other painting processes, although tempera offers a sublime, enduring beauty unparalleled by other contemporary painting mediums.

Italian painter Cennino D’Andrea Cennini recorded much of what we know about the Old Master’s techniques in egg tempera in a book in the 15th century. This time-proven method is the one I use today.

I prepare the egg by separating the yolk from the white, then puncture the yolk sac and drain it into a small container. I then mix it with one part distilled water, give it a shake and now it’s ready to add to my pigments.

Pigments with intriguing names, such as Bohemian Green Earth and Pompeii Red, mined from the native earth of France, Italy and Cyprus, once supplied the Old Masters of the Renaissance Period and are still available today. I grind the pigments into a fine paste with distilled water and mix it with the egg medium on my palette. Egg yolk binds pigments to the surface of the panel, and the yellowness of the egg disappears immediately as the water evaporates. I paint on a specially prepared gesso panel using very thin translucent layers in a slow layering process. The paint dries instantly to the touch. When dry, the surface of an egg tempera painting becomes extremely hard, and with a soft cloth, I polish it to a satin finish. 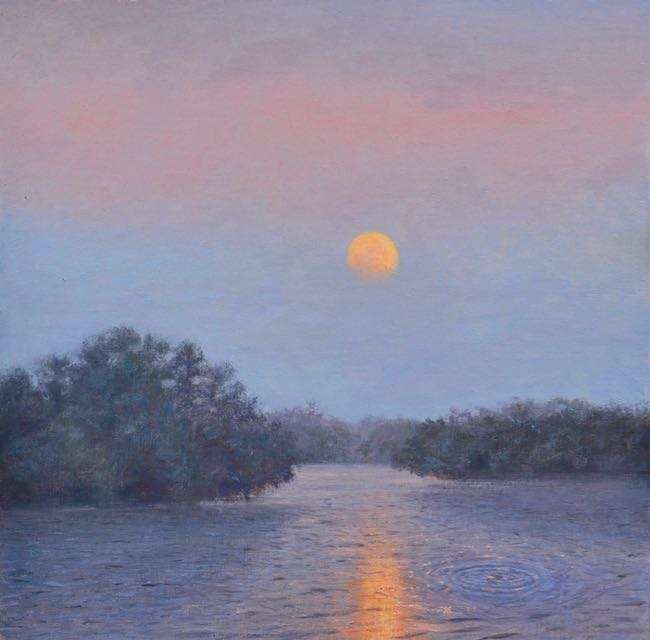 Oil Painting is a versatile medium invented in the 15th century. Oil is an enjoyable elastic medium. It can be applied thick or thin, all at once alla prima, or built up in glazes of transparent colors. Combinations of many techniques can be incorporated successfully with oil paint as long as one main rule is followed. Fat over lean. Fat oil modifiers such as linseed oil and “hot” driers like cobalt must be applied over “lean” mediums like turpentine or Gamsol. Doing so will ensure the longevity of your oil painting.

I use professional grade oil paints with a high permanence rating. High-quality oil paint manufactures such as Rembrandt, Holbein, and Gamblin use more pigments and fewer fillers. I recommend students use these as they will achieve better results in their own work. Pigments have a light-fast or permanence rating coded on the side of the paint tube. The higher the rating, the more light-fast or less fading in light the color is. I figure if I am going to invest my time, heart and intellect in a painting, I want to use the finest materials available to ensure it last for centuries. 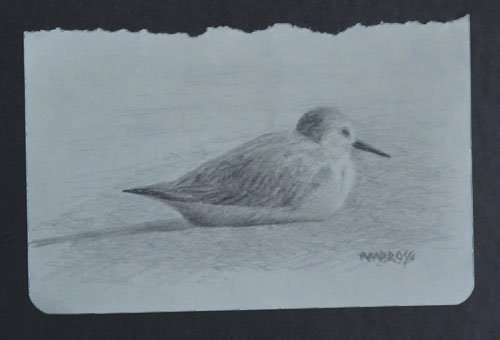 I love drawing. For me, drawing is like breathing, something I do naturally. I carry a small hardbound sketchbook around with me and draw in it with a 9 millimeter mechanical pencil. I draw anything; sketch out ideas for paintings, notes, or construction projects.

I draw to understand things I see, and encourage everyone to draw. The act of drawing helps you appreciate beauty in your own life, forcing you to really focus your attention on something or someone. You begin to see how beautiful the world is around you. Try it.

The Journal Paintings are an important part of my working process. I paint many small oil painting studies, often on-site en plein air, on Belgian linen panels, using a handcrafted walnut pochade box made by Open Box M. Like this sunrise painting I shared on my first blog post in 2006.