Part 1 of a series titled The Art of Egg Tempera Painting summarizing the process that I use to prepare materials for painting in egg tempera. For the first post in this series, read the Introduction.

The Art of Egg Tempera Painting 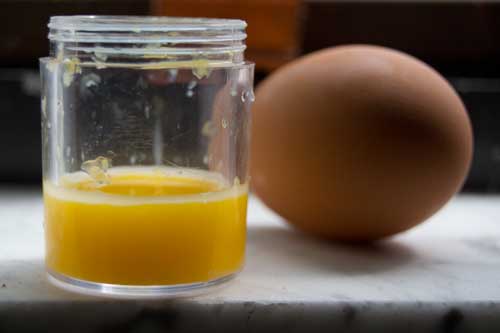 The humble egg has proven itself to be an enduring painting medium throughout art history. Egg was used as a paint binder by the ancient Egyptians and Greeks thousands of years ago. During the European Renaissance, the art of egg tempera painting flourished before gradually declining as oil found its way into painter’s studios.

As painters explored this new oil medium, the practice of painting in egg tempera waned. Over the succeeding centuries, egg tempera resurfaced twice; in Britain in the 1800s and America in the early part of the 20th century, when professor Daniel Thompson introduced it in his course at Yale.

The enduring, inherent jewel-like beauty of an egg tempera painting is unparalleled. Their satin surface shimmers with subtle hues of color, and their ability to reflect light, like a stained glass window, imbues them with an organic presence, emitting an inner glow. Egg tempera paintings retain their colors for centuries. It’s this lasting value combined with sublime effects of light that have challenged and delighted me over the decades.

However, egg tempera is a demanding medium, and proper steps must be taken to ensure its longevity. The first step in this journey of light is preparing the panels.

Incidentally, premium paper is made from plants; cotton, or flax, which produces fine linen paper used in stationery. Cheaper paper is made from the pulpwood of pine trees. In the early part of the 20th century, this cheap paper was used to print magazines featuring pot boiler detective and science fiction stories. These became known as pulp fiction. Many of the scrawny pine trees lining the interstates here in the southeastern United States are pulp trees. In Georgia, you know you are nearing Brunswick when you get a distinctive whiff of the paper mill.

To begin a painting in egg tempera, historically, an artist would have a carpenter make a wooden panel from oak or poplar wood. The carpenter glued narrow boards together to make the desired panel width. Sometimes linen was glued to the surface. Over time, atmospheric changes would cause the wood to contract and expand, creating small cracks in the painting.

In 1924 William Mason invented a stable hardboard wood product available in large sheets. It was named Masonite, and artists soon adapted it. The generic name for hardboard became known as masonite. In mid-century hardboard was “tempered” (dipped in linseed oil) which caused adhesive problems for artists. “Untempered” hardboard, though increasingly hard to find, is still available on the market, and is the material I currently use as panels for my paintings.

I make several panels at the same time and begin by cutting the hardboard to the desired sizes, then sand and clean them with denatured alcohol. The panels need to be sealed before they are prepped for painting. This sealant is called a “size.” 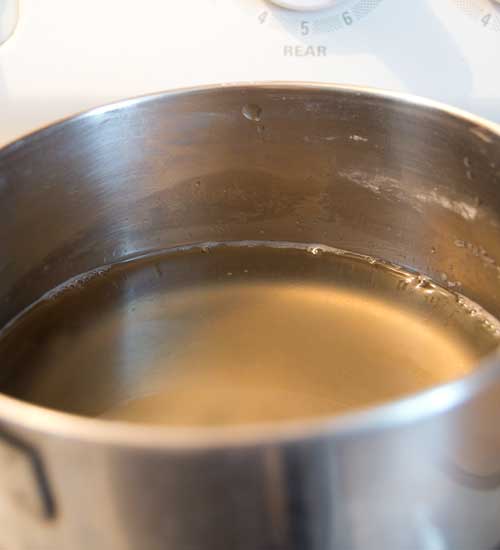 Traditional glue “size” is prepared by soaking gelatin glue granules in water overnight. Next, it is slowly warmed in a double boiler to a temperature of about 110-130 degrees Fahrenheit. The formula is a 1:1 ratio of about 2 cups water to 2 tablespoons glue granules.

I slowly add the granules to a bowl placed in a saucepan of water, stirring until it is warmed to the desired temperature and dissolved.

Next, I remove it from the burner to cool, then leave it in the refrigerator overnight.

The next day the congealed glue is heated the same way as the day before until it melts. 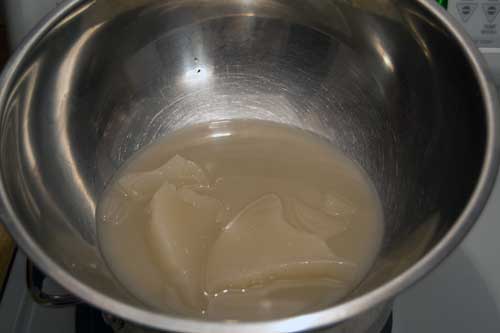 Preparing to heat the glue size.

The warm glue is immediately brushed on the hardboard panels and allowed to dry overnight. While the panels are drying, I begin the next step, which is making the gesso. 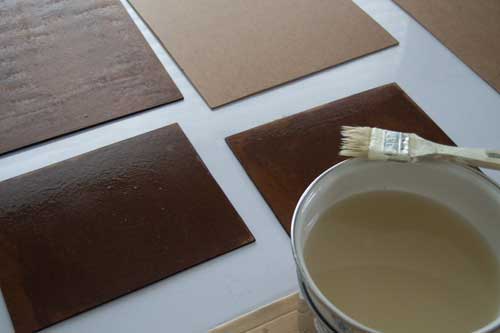 In the next art of egg tempera painting article, I’ll describe the gesso making process, and what artists typically think of as gesso is not true gesso.

← Where I Am Coyotes on the Beach →