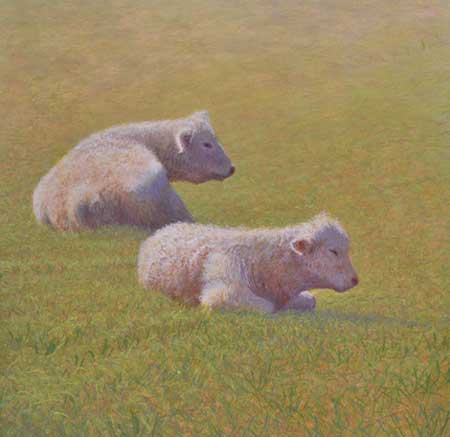 I still can’t remember the road I was on, nor the name and even less where it was in the North Carolina mountains.

Know it was spring and after once discovering the elusive Charolais cows, I had my eyes peeled for them. I do recall rounding a curve and there being a cemetery on a shady hill. Curious to see how old it was, I turned up the rutted drive and parked under a pair of time-twisted cedar trees. My daughter and I share a trait for reading old epitaphs. When my twins were little, we used to play a game called no money fun. In one of them we made rubbings from ancient, weathered headstones. You’ve probably  heard of one of my favorite inscriptions. “I told em’ I was sick.”

Coming around a large granite monument I spotted a flash of white in the pasture across the road. Cows? Could they be Charolais? They weren’t there earlier. A farmer walked along the fenced lane, bucket in hand.

Scampering down the hill I went across the road, looking both ways twice lest I end up back on that hill permanently. Sometimes I forget my surroundings when enthralled with a scene.

I made some sketches for this small egg tempera painting, Companionship. It’s 8 x 8 inches, framed in silver,  and after a bit more paint, will be available at Crossnore Gallery.