“If something is not adding to your life, get rid of it” —Wanetta Dewey 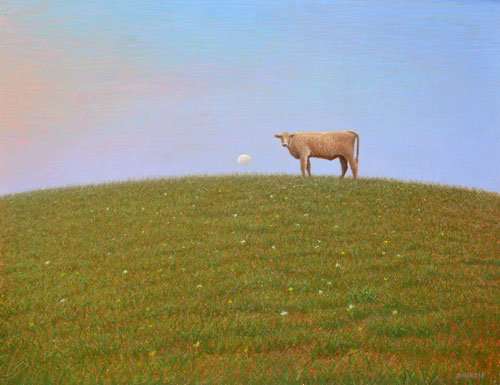 I can still hear the smoky tone of her voice singing “rock-a-bye-baby”sweet and low. My uncle met her when he was still a teen. He said, little did he know when he first met her in 1954, with a beer and cigarette in her hand, that she would go on to live to 104.

She was a lot of fun. A stoic who loved to laugh and tell stories, and though she never had much money, she lived with inspiring grace and dignity.

I wrote a little about my Grandma Dewey here in my blog, and for those who would like to know, just a few minutes before midnight, June 8, 2014, while in a deep sleep, she passed away.

She was a month shy of her 105th birthday.

We had many long talks at her dining room table over the years, the table that now resides in my studio. The same table that I would sit and draw pictures for her as a child and then as I grew a might older, share coffee or some beer.

While laughingly swapping stories, she would sprinkle a pinch of sage advice on one of my concerns of the moment. During some confusion in my life once, she quite clearly said to me, “if it is not adding to your life, then it is subtracting from it. Get rid of it.”

I’ve carried over this bit of wisdom into my painting; eliminating superfluous elements that add nothing to the work. Being much forgetful, and easily sidetracked, lately, after I have spent days or weeks lost in a painting adding elements, another strong female in my life, my Beloved Navigator, gently reminds me of my original intent. Subtract, my dear, subtract! The gently rocking rhythm of my grandma’s voice remain ever present while I weave my paints.

Weaving lullabies and laughter, fairy tales and family details, living and dying; it’s all there in my art. All the multicolored passages of life, woven together in the pigments of my paintings with a deep, deliberate love.

Grandma Dewey added immeasurable joy to my life. Nothing can be subtracted.

May her spirit float peacefully in the melody of a soothing lullaby.