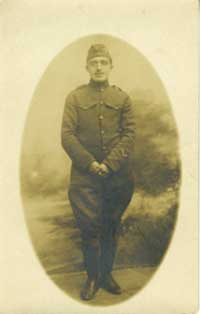 My grandpa lived a month shy of 100 years. He lived on Boylston Avenue, a stones throw from the sea for close to fifty of them. I used to ride my motorcycle over and help him work on his house and afterwards we would sit in his kitchen and eat homemade pasta.

He had a well for watering his garden. One summer his pump was acting up so we took it off and went to see a man he knew about repairing it.

Trips with my grandpa were often an adventure. Our town had sprawled over the years adding many new roads and altering old ones, I would point out the new roads, subdivisions and strip malls where once had been sand dunes and pine trees. And grandpa would utter in his drawn out heavy Italian accent, “thatsa good”, or more often, “ulh no!” Early in his life my grandpa learned to navigate by visual clues rather than traffic signs. So we would usually get close to where we needed to be and then circle in until we found it.

Grandpa hadn’t seen this man who lived on the west side of town and worked out of his house for more than 8 years. When we finally pulled into his driveway, (we were pretty sure it was his driveway), he came walking out from the garage, when he saw grandpa he smiled broadly calling out Sally.

We stood in the driveway in the late afternoon light talking sprinkler pumps, when suddenly my grandpa clasped his hands behind his back, leaned forward, cocked his head, looked the man dead in the eyes and said, “So, okay, enough business, how you doing?

And he really wanted to know.