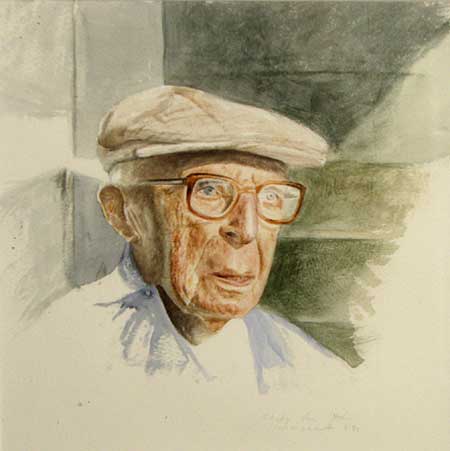 Salvatore D’Ambrosio was my grandpa on my dad’s side. He was born in Italy in 1898, his friends called him Sal or Sally and he never wasted a thing. Every year my parents bought him new shirts for Christmas and he would carefully place the unopened boxes on the top shelf of his closet. Save it for later.

Sal never complained, but during a cold snap one winter, he mentioned his head was cold. Knowing his habit of stashing new clothes in his closet unworn, I considered all the options for covering his head. A baseball cap….. nah, too silly. A fedora? Still a bit too rakish. Finally I went downtown to the men’s store, C.K. Slaughter’s to see my friend Kyle the owner. Kyle specialized in dressing successful men and I figured he would know what was appropriate. We talked a bit, catching up, while he showed me hats, nothing seemed right. I was getting a little discouraged, then reaching behind the rack he lifted up another. . . perhaps a wool Ivy cap.

I gave it to grandpa for Christmas that year. About a month later we were leaving his house to go visit one of his friends and he paused in the sun outside his jalousie kitchen door.

In a new blue shirt.